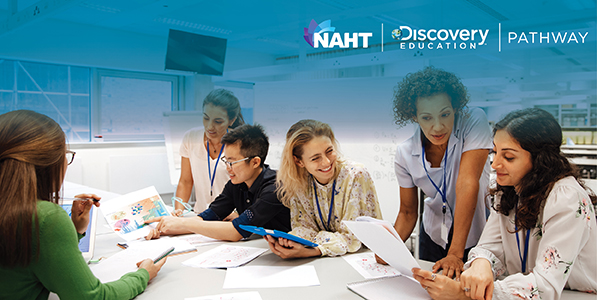 Please note – this webinar has already taken place. You can watch the full recording here:

In this fireside chat Max Coates, Professor of education, coach, former head teacher, and contributing author on the NAHT Discovery Education Pathway programme, discussed with Andrew Hammond about developing successful teams. Read all about what was covered in this ‘Team Games’ webinar.

To meet the demands of capacity and capability teams have become commonplace in schools and academies. In most secondary schools there will be a leadership team of around nine and these will also include the business manager. There will also be a number of other teams supporting pastoral provision and subject specific curriculum delivery.

It is suggested that school and academy teams operate within a culture of assumption. Members of senior leadership teams would usually say that they are confident that they understand their role. However, asking around the wider staff will soon reveal that their role does not have a consensual understanding. For some staff specific functions such as timetabling, discipline and frequently litter will achieve an often distracting prominence.

In my work with developing teams with organisations such as The London Challenge, University College London, Institute of Education, Trinity College Dublin and NCSL (in its earlier incarnation) I had the opportunity to witness a large number of school teams in operation. Three fault lines emerged from these observations. Firstly,  purpose, there needs to be a significant clarification as to what any team seeks to achieve. A few years ago there was a badge engineering exercise on the naming of senior teams. What had previously been the Senior Management Team was now rebranded as the Senior Leadership Team. Of course,  many members of such teams take their role as strategic thinkers seriously. However, many are dominated by the backwash of immediate issues and problems with sustained strategic planning frequently remaining in the pending file.

The second major issue for many teams is a lack of team process. There are still teams which run the meetings without agendas though this is now something of a rarity. However, many agendas remain constructed by an individual and suffer a disconnect from the overall school planning process. By way of an example; a senior leadership team meeting which had as its key item the assessment processes at GCSE and A-level required by the Covid 19 pandemic was hijacked with some 75% of the time being given over to the selection and supply of sportswear. It is suggested that there must be an inviolate link between the medium and long-term planning processes of the school/academy and the evaluation and revision of these on a rountine basis. Few schools, at least in my experience, have a stated protocol for the conduct of their meetings and certainly lack any form of review of the operation of their operation.

The third fault line lies with the propagation of the outcomes of the decisions of school academy teams. Increasingly, senior staff are selected because of an offered specialism e.g. data handling, SEND, timetable, teaching and learning, phase or stage experience and parental liaison. For many senior staff these specialisms are understood as their  ‘day job’ and though they will be reluctant to admit their involvement in the senior leadership team is subconsciously seen as a distraction. This is a significant issue because in many cases it inhibits the translation of team-based decisions into practice.

For a number of years, I have used Motivational Mapping, this explores an individual’s primary motivators. One of these is identified as being the Director, this is an individual who has a personal propensity towards the control and direction of individuals and resources. When I have analysed teams, very few members of senior leadership teams record this as a significant motivator. This is likely to mean that those seminal decisions are executed by a few members who are that way inclined and the many who start well but soon become sporadic or even disengaged from the process of implementation.

A particular interest of mine is the development of culture, that seed bed that can foster the growth of the organisation. To change a culture from a fragmented one, to one where the values, mission and vision statements become actualised on a day-to-day basis requires every member of key teams such as the SLT to be relentless in terms of implementation. To secure such propagation of intent means that the members will be effective practitioners of change, personally committed to the intended changes and accomplished storytellers and coaches. Of course, such skills will be rendered impotent if either the team or the individual does not have a significant savings account of trust.

This is a taster for the full module on Developing Successful Teams. The full – fat version explores some of the themes raised here together with providing tools for changing and developing your team. The module supports reflection on purpose, the rebalancing of the activity of the team, Lencioni’s analysis of the roots of team dysfunctionality and a process for team review. Certainly, the module is a powerful coaching session on creating your team so that it makes a significant difference.

Probably the most depressing conversation that I have had was with Dylan Wiliam when he pointed out that most CPD has a two-day shelf life. I believe that the careful structing of the materials in Discovery Education Pathway programme significantly changes the half-life of professional learning but will impact practice for at least a generation.

If you would like further information about the Pathway programme or to register your interest please visit: www.discoveryeducation.co.uk/NAHT 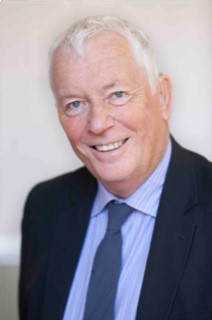 Max has worked for 15 years for the Institute of Education, now part of University College London. He is also part of the team that has developed a Professional Doctorate (EdD) for the University of Buckingham.

During this time, he has lectured on leadership, coaching and team development. A significant part of his work has been undertaken in a wide variety of countries which have included; Colombia, Ireland, Saudi Arabia, Yemen, Pakistan and the Netherlands. His work has been with individual schools and also, he has supported the development of national initiatives in a number of countries.

Through this period, he has developed his thinking around leadership and particularly how the demands placed on leaders can distort their thinking around strategy, developing creative solutions and strategies for creating purposeful cultures. Of course, his work also has a direct relevance to well-being, his current area of research.

He has published extensively his work includes:  Personalising Learning, The Constant Leader, Shaping a New Educational Landscape and It’s Doing My Head In. Additionally, he has contributed to other publications including research into pupil underachievement, the shaping of culture, Artificial Intelligence, the emerging role of Chief Executive Officers of Multi-Academy Trusts, place and up belonging, and most recently into the provision support for well-being in English secondary schools. In all his writing, he has never lost his connection with the challenges facing leaders, a perspective that came through 14 years as a secondary headteacher. 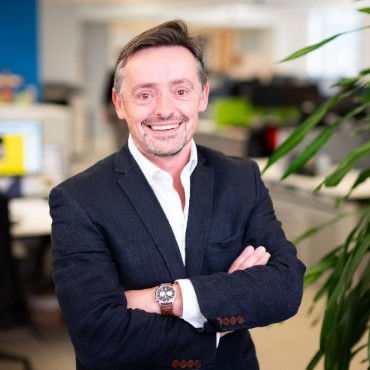 Andrew served in schools for over 20 years, as Class teacher, Head of Department, Deputy Head teacher and Head teacher in both independent and maintained sector schools. A prolific author, Andrew has written numerous titles for a range of educational publishers. He has a BA QTS from Bath and an MA from King’s College London. He is currently studying for an Ed.D at Buckingham, researching the power of culture to deliver character traits and attitudes in schools. He is interested in how schools turn values-based platitudes into practice and how we best support pupils’ personal and cultural development by supporting the personal development of their teachers. Andrew joined Discovery Education in September 2019 as Senior Director of Learning. He designed the Pathway Programme and is series editor for its content. He is passionate about supporting the whole teacher.